In the morning of 28 December, a terrorist attack hit a peaceful gathering at a cultural centre in Kabul, Afghanistan. It has left over 40 persons killed and injured more [...] 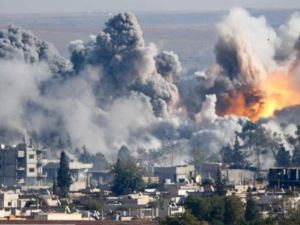 Carpet bombing of residential areas accommodated by civilians “have brought about nothing but several thousand victims among the ‘liberated’ population”, [...]

The occupation of  Mosul has finally come to an end: the Iraqi Prime Minister al-Abadi announced the liberation of the city by the Iraqi armed forces, with the support of [...]

“Patients, visitors, and medical workers alike have today been innocent victims of a terrorist attack on the Sardar Muhammad Dawood Khan hospital in Kabul, acts carried [...]

Iraqi Prime Minister Haider Al-Abadi  announced a launch of an offensive against Islamic State to liberate the western part of Mosul (pictured). Hundreds of military [...]

“Unprecedented terrorist aggression has been seen in Europe, the United States, and the countries that are our allies under the Collective Security Treaty Organisation [...]

Ahead of the International Day against the use of child soldiers – 12 February -the EU top diplomat Federica Mogherini and the UN Special Representative for Children [...]

A  telephone call between Presidents Trump and Putin on Saturday afternoon was regarded as the first attempt of a repair the relations between two countries which have been [...]

On 30 November 2016, the Permanent Representatives Committee (Coreper) confirmed the agreement reached by the Slovak presidency with the European Parliament on the [...] 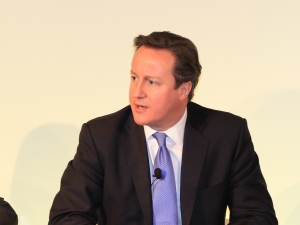 The Prime Minister David Cameron has declared that Britain has to launch airstrike against Isis, in order to bomb Isis targets in Syria. In the past, Britain has already [...]

Tuesday’s statement from the State Department adds four names to the list of high-value US targets sought by the “Rewards for Justice Program.” The militant [...]