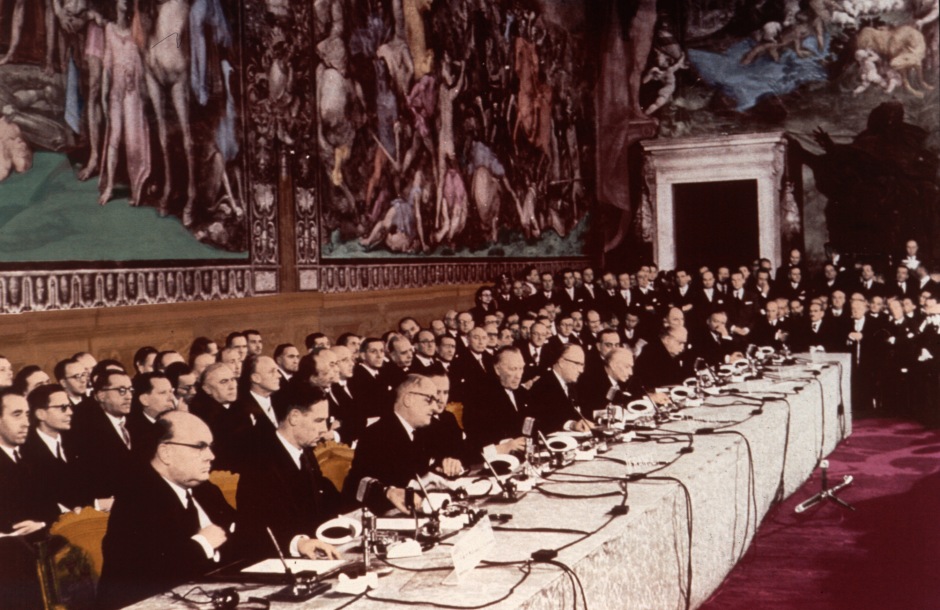 Next month the EU leaders will gather in Italian capital , 26/01/2017,  to celebrate the 60th anniversary of the Treaty of Rome. However, in view of the UK imminent departure, and multiple crises the EU project suffers, one does  not expect any opulent festivities. The situation is aggravated by the banking crisis in Italy, considering the departure from the eurozone, and exhausted by invasion of illegal migrants from Africa.

According to the EU officials a new document expected to be signed by 27 EU leaders, committing them to a new concept for the bloc, without the UK. There is also some concern, or even fear of the UK government to trigger the #Brexit  article 50 the very same day to overshadow the symbolism of the date.

Theresa May wants to avoid triggering Art50 too close to 60th anniversary of Treaty of Rome. Symbolism matters, as I wrote last October. pic.twitter.com/VgGNMCDQHx

Initially anticipated as a huge celebration, the event will be reduced to a sober political meeting without red carpets and fireworks. No flamboyant declarations or promises will be made, awaiting the results of French elections in May with Marine Le Pen of Front National leading in polls, promising her electorate a referendum on the EU membership of France in six month after the ascendance to power.

The EU has ruined France only Frexit will save France https://t.co/47miiwNyS8