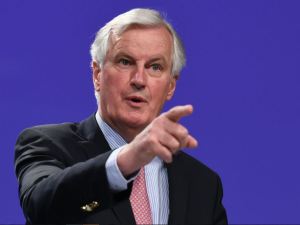 A post-Brexit transition is “not a given”, Michel Barnier warned Britain on Friday (9/02/2018), saying London had “substantial” objections to the [...]

The European Commission has today recommended to the European Council to conclude that sufficient progress has been made in the first phase of the Article 50 negotiations [...]

Janice ATKINSON MEP reflecting on issue of EU-Irish border after Brexit. Reportedly progress is being made in talks between Britain and the EU on how to avoid setting up a [...]

Arriving to Brussels Eastern Partnership Summit (#EaPSummit) the UK Prime minister Theresa May made her point offering to supply with extra money to meet the EU’s €60bn [...] 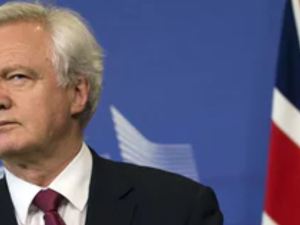 UK wants to reach agreement over the terms of its departure from the European Union but is prepared for a “no deal” scenario, Brexit minister David Davis said. “We [...]

European Commission President Jean-Claude Juncker was only joking when he said the English language was on the way out in Europe due to Brexit, he said on Friday. English [...] 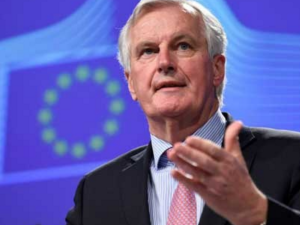 “In her speech in Florence, Prime Minister Theresa May has expressed a constructive spirit which is also the spirit of the European Union during this unique [...]

“On 29 June 2016, a few days after the Brexit vote in the United Kingdom, we decided to begin a reflection on the future of a European Union of 27 Member States”, [...]

British officials arrive to  Brussels in the afternoon for a round of the EU  talks on shaping the post-Brexit relations, which the bloc refuses to regard without an [...]

“Our shared responsibility and urgent task now is to conduct the negotiations on the UK’s withdrawal from the European Union in the best possible spirit, [...]

The EU #Brexit Summit equipped the EU27 chief negociator Michel Barnier with the guidelines for the upcoming talks, with the major task of getting maximum amount from the UK [...]

European Union leaders will insist the UK grants permanent residence to EU citizens who settled before Brexit to obtain a permit to stay five more years, according to a draft [...]

On 29 April, 27 EU leaders meet to agree guidelines for the Brexit talks ahead. This will define the framework for negotiations and set out the overall EU positions and [...]