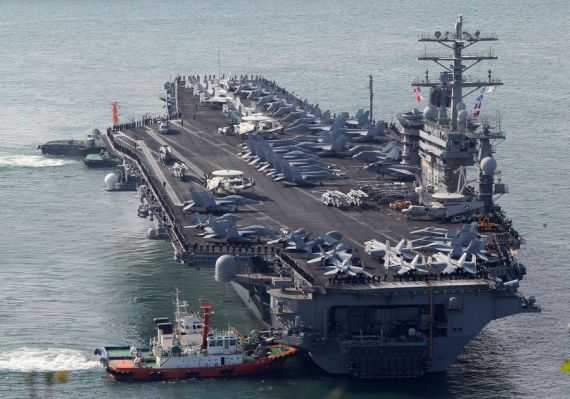 Crew members on board of several U.S. aircraft carriers, including USS Theodore Roosevelt and USS Ronald Reagan, and Charles de Gaulle, flagship of the French Navy and Europe’s only nuclear-powered aircraft carrier, have tested positive for COVID-19, according to media reports.

USS Nimitz is also reported to be hit by COVID-19. However, U.S. Navy has disputed claims over the matter, saying the testing was inconclusive, the USA today reported.