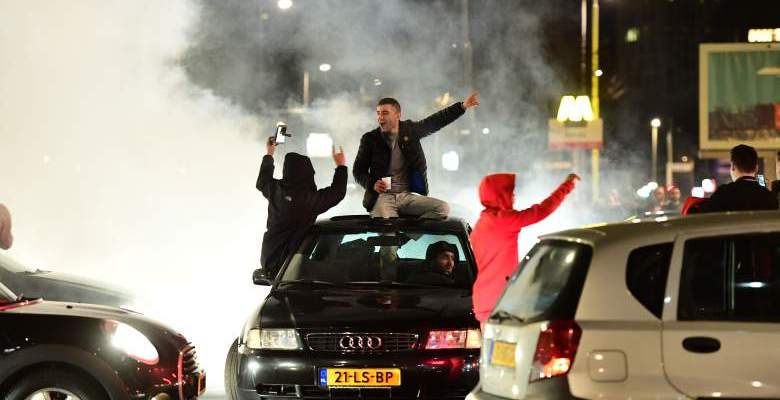 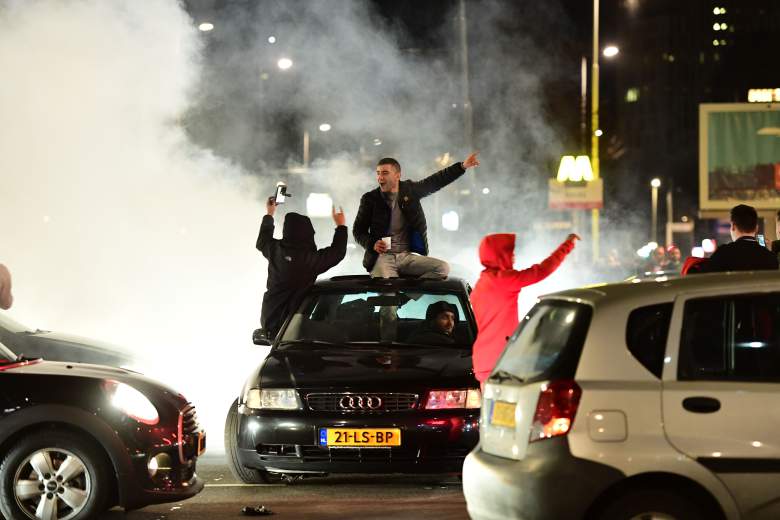 Hundreds of Turkish protesters scuffled with police as authorities tried to end a demonstration at the Turkish consulate in Rotterdam, where a Turkish minister was refused to enter, and escorted back to German border, where from she came on her own initiative, in spite of the refusal of Dutch authorities to honor a rally request in Rotterdam.

As the situation degenerated, the protesters were throwing bottles and mobbing police vehicles as they moved away from the consulate in central Rotterdam. But soon, police charged on horseback and moved forward with batons wielding. (Photos and video from Twitter – courtesy of citizens-journalists).

At the moment there is no information if there are detained or injured. The operation is conducted by special riot police forces.

I will try to find another live stream pic.twitter.com/2USAae8MO3