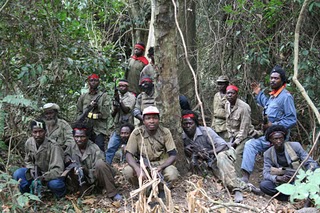 Separatist rebels from Cabinda have called to boycott parliamentary elections in Angola in August that are likely to be the most closely watched in decades as President Jose Eduardo dos Santos ends 38 years in power, as announced on radio last year.

The Front for the Liberation of the Enclave of Cabinda (FLEC), which fought a low-profile insurgency for four decades in the small enclave, born out of fusion of three kingdoms: N’Goyo, Loango and Kakongo.  Cabinda is enclosed between Democratic Republic of Congo and the Republic of Congo, declared it would not participate in a “foreign” election.

“The FLEC does not accept the permanence of a foreign power on our territory, but does not want to interfere in the internal affairs of Angola,” the group said in a press-release.

This is the sad n horrible reality of Cabinda a territory illegally occupied by Angolan regime. For those who don't know Cabinda is where… pic.twitter.com/8KB71DB0bA