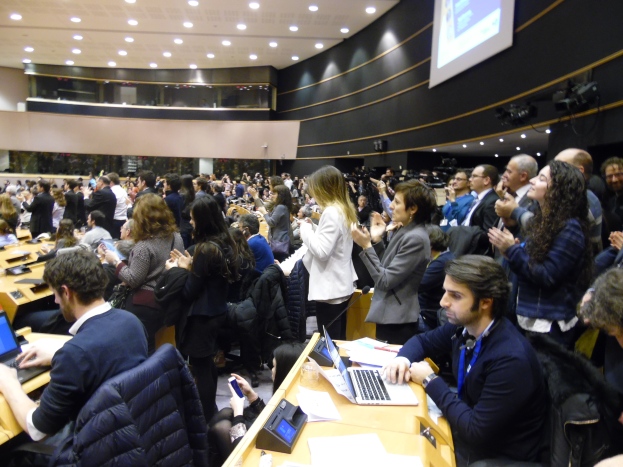 DEPECHE Anna van Densky Today at European Parliament a conference on Catalan referendum took place hosted by Liberals (ALDE) and Greens groups. The participants declared their intentions to organise tbe referendum in compliance with direct democracy standards in the framework of the EU.

The perspective “Catalan Republic” will remain completely compliant with the EU values and rules. The participants underlined that the Spanish authorities can not deny Catalan people the right of self-determination.