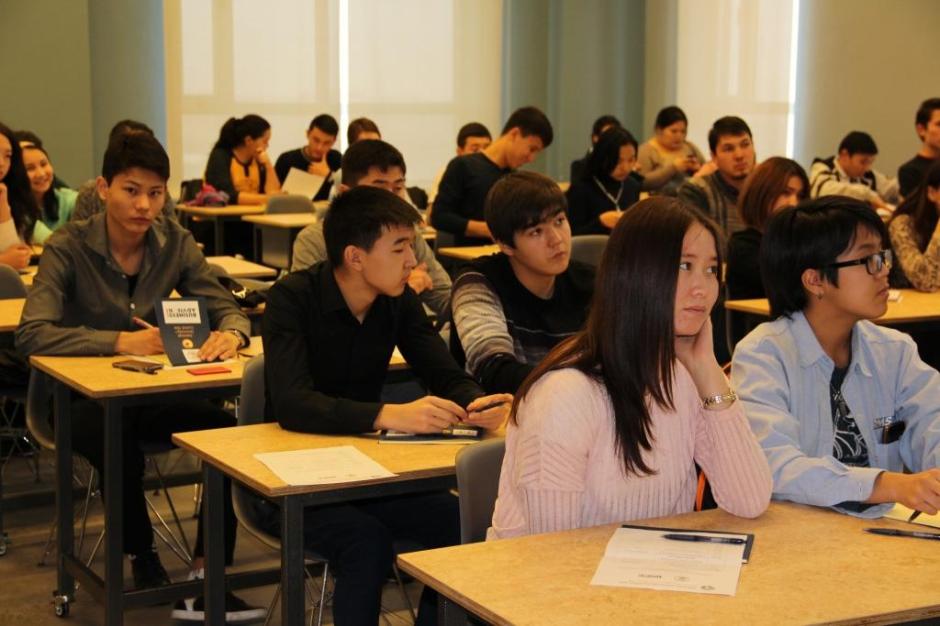 Kyrgyzstan Kyrgyzstan took the final place in the Pisa test, the students had the worst results from 75 participating countries. That was in 2010. The leaders of the country awoke. They had to do something, but how?

“So, this is the main message from PISA: stay ambitious; Work harder to reach your full potential, no matter how you get out of the miserable situation.“ the study says.

The situation was difficult for the small country with its population of about 5 million, whose high mountains cover the vast majority of the country, whose rugged borders separate ethnic groups and whose neighbors show little willingness to cross-border cooperation on all sides. The state fund was weak, ground treasures are few.

Co-operation in Central Asia was difficult after the collapse of the Soviet Union. Nationalities rediscovered their peculiarities, set boundaries, and marched against each other. National leaders in Kazakhstan, Uzbekistan and Turkmenistan rivaled over power and influence.

While new, stiff or rigid structures were being established in the three large territories, the Kyrgyz drove their leaders out of office when they were corrupted or no longer driven by the will of the people. Revolutions shook the capital Bishkek until the path to self-determination and democracy stabilized.

It should go further, and education plays a decisive role. Kyrgyzstan has a young population – the average age is 24. Until now, half of the country´s work force works abroad, mostly in Russia. In order to raise creativity, to create jobs within the country, and to regulate the destiny of the state itself, Kyrgyz youth needs new and better educatio, kindergartens, schools and universities.

The Pisa results gave the decisive impulse. A panel of experts was established along the lines of the groups that the government had already used for reforms in other areas in May 2014. The new Education Public Advisory Council, or EPAC for short, creates transparency and identifies the necessary reforms, informs the public and brings forward the proposals for improvements to governmental bodies. There they are discussed and implemented, that is the goal.

The new body EPAC has already brought forward a lot of weak spots on which urgent action must be taken to ensure that Kyrgyzstab has a future as an independent country. Where, what, when should happen and how, that is where the panel works now. The EU supports the necessary steps for education reforms with programs such as the project “Fostering and Monitoring the Education Reforms in the Kyrgyz Republic” co-funded by Kyrgyz NGO BIOM and Konrad Adenauer.

Coordinator and Assistant to the Board of Reform is Khanat Kubatbekov. He welcomes the work of the reform groups and notes that Kyrgyzstan is the only country in Central Asia where public councils or reform groups would work successfully. It was not until 2014 that they were launched. Therefore, their tasks and objectives are not yet known to all. Trust still needs to grow. This sometimes makes their work difficult. At the same time, he considers the work to be important: problems are identified, examined more closely, research results and experts are consulted. As a result, the government receives suggestions for improvement. It is not always easy to find a common language, he admits, but the biggest problem is corruption.

This is what other members of the 11-member EPAC Group are also aware of. They have already set up a long list of topics: several thousand children do not attend school, the average age of teachers is 50 years, which is too high, while the salaries are too low. The education of teachers must be updated, as many of them teach with old methods and standards. No wonder, because there are far too few new books. Even among the students, only 80% are proud owners of schoolbooks. Modern works should soon be downloaded via the Internet, interactive books, which will also be available in Kyrgyz, Russian and Uzbek. But since only 8% of the schools have Internet so far, there is still much to be done.

The school hours are to be extended, the preschool period will increase again from three to 12 months, the offer for a second language should rise and teachers should receive further training. Because it costs a lot of money, international donors such as the UN, UNICEF, US AID, and the EU are providing funding in various areas.

Until all reforms are implemented, it will probably take seven years, expert expect. But EPAC is the driver of modernization and the reforms are running.

Each child is now registered and is accompanied on his school career. Some 75,000 teachers received training in regional centers over the last three years. The Pisa shock was a healing shock, which the EPAC met with great energy. A lot has happened in a short time, but many things still have to be done.

Our children need competences, says Larissa Marchenko, the education expert. The state is being transformed into a democracy, the economy is transferred into a market economy. Since, the children need the appropriate knowledge. They must be able to compete on the international labor market. Many people still leave because they find no suitable job in Kyrgyzstan. This is to change. When children leave the school, they should enter the labor market or continue training. In any case, however, they should be able to make decisions as a socialized citizen of a modern democracy.