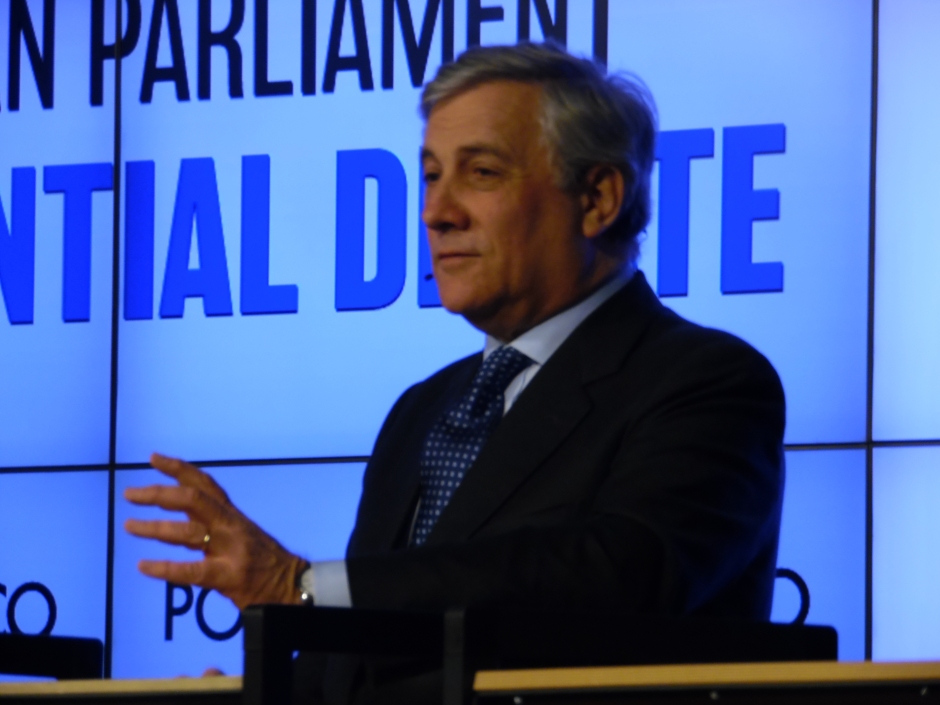 Antonio Tajani (63) (EPP, Italy), Silvio Berlusconi loyalist is to lead the European Parliament for the next two and a half years, being elected in an elaborate, but highly symbolical procedure in the fourth round by simple majority.

The European People’s party (EPP) claimed the seat after the agreement was broken by the Socialists, who prolonged the term under pretext of keeping the overall institutional balance, introducing to positions of power candidates of major political forces.
The EPP abandoned the custom to promote the leader of the political group, when Manfred Weber declined the promotion. However it did not use the chance for renewal of the institution’s image, to make it closer to younger European electorate, preferring an’old guard’ of Berlusconi, who once upon a time started as his spokesperson, and later was promoted to European Commissioner twice, the second time with a heavily Industry portfolio.
Till present one of the 14 vice-presidents of the EP, Tajani is an experienced EU ‘apparatchik’ who is highly skilled in complex mechanics of political decision-making. Having the biggest political group behind him, Tajani has been the ‘favorite’ of the election process right from the start, in spite of the dark clouds gathering over his head -the car emissions scandal during his period of heading EU Industries as Commissioner. Seemingly the EPP has given him indulgence already, taking into consideration his loyalty to European project, and at most ‘requested’ nationality. The need to promote an Italian to position of power is largely seen as an antidote to growing Euro scepticism in the country.
Next to the High Representative Federica Mogherini, who is heading the European External Action Service, Tajani becomes the second Italian in top position at the EU institution, standing more for profound crisis in Italy’s relations with the EU, than personal achievements.

This is the first time that the role of #EPpresident is covered by an Italian politician. https://t.co/fCQK2NLZEM