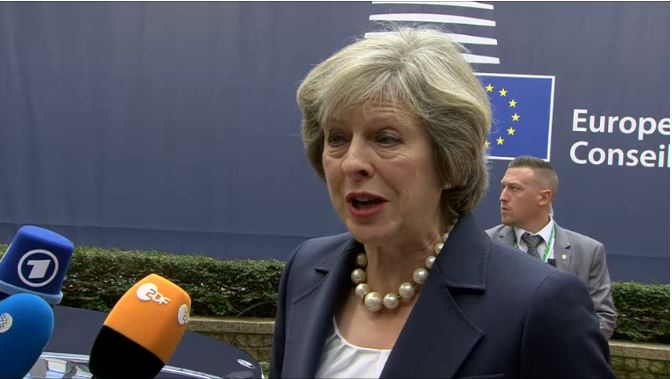 Arriving first to the European Counsil Summit, the UK Prime Minister Theresa May sets a camertone to the meeeting, welcoming #Brexit informal meeting, and ensuring active participation of the UK in debate on migration, tackling the root causes.

Not least attention took the situation in Syria: May expressed her concern about the fate  of the civilians in #Aleppo – the issue to be discussed at the upcoming Counsil. The EU continues to blame ‘atrocities’ committed in Aleppo by Asad regime troops, backed by Russians, however not evidences were presented so far. Russian officials vividely deny allegations.