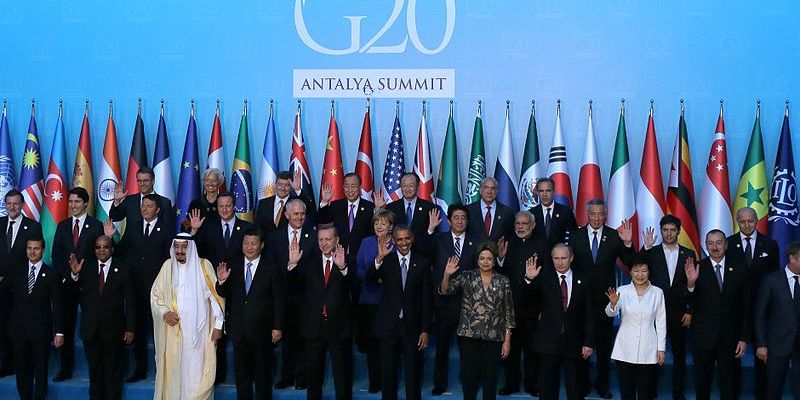 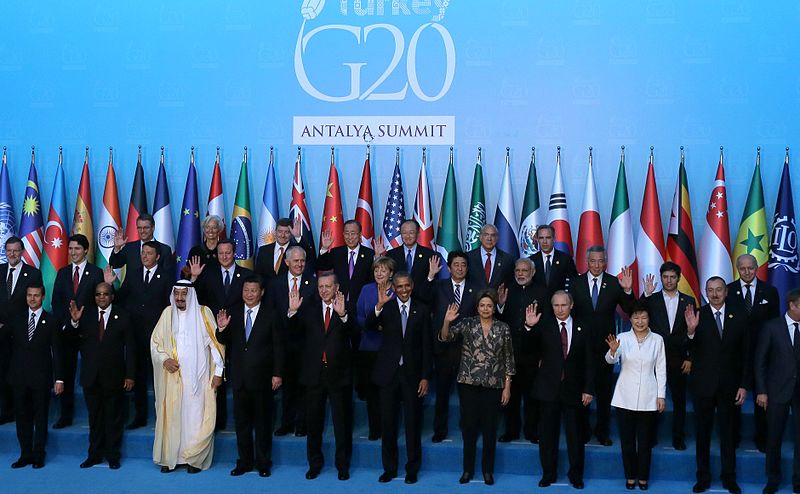 Whereas all eyes worldwide looked angrily – and terrified – at Friday’s multiple terrorist attacks in Paris, wondering  how could so much violence and brutality  have poured out in the heart of Europe, Leaders of the world’s 20 major economies (G20) gathered in Antalya, Turkey, originally determined to conclude deals on priority areas such as development, climate change, financing for climate change, trade, growth and employment in a two-day summit – 15th and 16th November – also expected to be dominated by the urgent refugee crisis.

What is usually an economic meeting became a strategic summit aimed at elaborating a quick response to the rise of terror not only in the European countries, but in all Western and non-Western societies. “We are confronted with a collective terrorism activity around the world.  As you know, terrorism does not recognize any religion, any race, any nation, or any country,” Recep Tayyip Erdogan, Turkish president said, urging world leaders to prioritize the battle against ISIL.

ISIL claimed responsibility for blasts that killed at least 43 people and wounded more than 200 in a Shiite residential area of southern Beirut on Thursday, showing – if that still wasn’t clear – that what we are now experiencing is not a “clash of civilization” as some experts seemed to sustain, but a “with us or against us” war; Shiites, a minority in the Muslim world, are deemed apostate by the Caliphate and they deserve to be attacked as well as France does.

On Sunday, an ISIL communicate declared that France will be a jihadist target until the country won’t stop supporting the bombing in Syria; later on Monday, the group also warned that any country hitting it would suffer the same fate as Paris, promising to target Washington DC. In response, French president Francois Hollande declared war at the jihadists and started military operations which stroke ISIL’s headquarters in Raqqa early on Tuesday: 10 warplanes, launched from the UAE and Jordan, conducted the overnight raids, targeting a command center and a recruitment center for fighters. And French fighter jets continue raids targeting ISIL in its stronghold of Raqqa in Syria.

In the meanwhile, it seems that the rise of a common enemy could encourage Russia and the west to set aside their different views on the political future of President Bashar al-Assad in order to act jointly against ISIL: Russian president Vladimir Putin said on Monday that he would support Syrian opposition in the north of the country in order to fight jihadist forces, changing Russian policy which had backed Assad by bombing anti-Assad forces since September– including the more moderate opposition groups supported by the west. Apparently, during the G20 summit, Russian president hinted at his intention to stop focusing on moderate Syrian forces, referred David Cameron. If that happened, Assad’s army and the opposition will fight a common enemy, said Putin.

While US President Barack Obama declared that operations against ISIL will be intensified and European countries strengthen their security level, Russia seems to be acquiring an even more important political and strategical role in the issue.  At the end of G20 summit he presented examples of terrorism financing by individual businessmen from 40 countries, including from member states of the G20. “I provided examples related to our data on the financing of Islamic State units by natural persons in various countries. The financing comes from 40 countries, as we established, including some G20 members” Especially after the Paris tragedy, we all understand that the means of financing terrorism should be severed,” he declared.

As world’s powers intensify their role in Syria, fear in European countries grows up and the hunt for terrorists keeps on everywhere and moves from country to country.