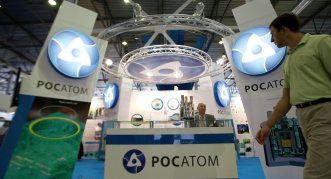 Russian Atomic Energy Agency (Rosatom) is currently negotiating the possible cooperation with Myanmar over the supply of the advance nuclear technologies for the country to be able to increase its generating capacities.

“Talks are being held with Myanmar on the creation of favorable conditions for the supply of advanced nuclear technologies to the country; the favorable conditions include the preparation of the legal framework and training of personnel,” Rosatom’s Deputy Director General Kirill Komarov said at the Japan Atomic Industrial Forum in Tokyo.

“Those are preliminary negotiations,” he stressed, “but like many other countries of the Asia-Pacific region, Myanmar is interested in increasing its generating capacities and could resort to the construction of a nuclear power plant.”

In May 2007 the two governments signed an intergovernmental cooperation agreement to establish a “nuclear studies” center in Myanmar, which will include a 10-megawatt, light water-moderated nuclear reactor.

The center also will include a medical isotope production laboratory and nuclear waste treatment and burial facilities. In addition, Russian universities will train 300–350 specialists for the center.