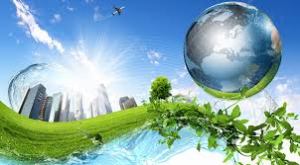 The European economy is exposed to volatile fossil fuel prices and insecure fossil fuel imports, especially in these days of geopolitical turmoil at our borders. It must confront climate change. It is facing international competition in sectors of strategic importance for Europe’s growth. In view of the European Council meeting tomorrow, the renewable energy associations emphasise the need for a sustainable and cost-efficient energy mix that can help Europe tackle these challenges.

According to the European Commission’s own Impact Assessment, the proposals that the Heads of States will discuss tomorrow are not the ones that would bring the most benefits by 2030. While a 2030 framework based on a truly ambitious and binding renewable energy target would deliver major savings, such as an additional €260 billion in avoided fossil fuel imports, and 568,000 more jobs*, the discussion has been pre-formatted to only consider the least ambitious pathway.

An ambitious 2030 climate and energy framework based on a nationally binding EU renewable energy target is not only justified from a macro-economic viewpoint, but it is also crucial for businesses and investors. Both Europe’s economy and its citizens would greatly benefit from a strong commitment of EU leaders towards the energy transition. Such commitment needs to go beyond a simple volatile CO2 price and thus drive investments into clean energy technologies. EU citizens would this way benefit from a secure and clean energy supply, healthier living conditions and a boosted job market, while the European economy would enjoy a competitive and stable energy framework for the years to come.

The European renewable energy associations thus call on the Heads of States and Governments to fully reap the benefits of a more sustainable energy system and to agree on an ambitious nationally binding EU renewable energy target for 2030.