Natal, the city of the sun and the capital of Rio Grande do Norte in Brazil, is the gateway to the Americas the closest point to Europe and Africa, a modern and cheerful city, grew between rivers and the sea, adorned by dunes and green. Land of colors and flavors, place where you will find pleasure and adventure. Here, it is said that it is summer all year round, on a coastline of stunning beaches, lagoons, culinary, walks, art and culture.

This is one of the most sought tourist destinations in the world as “Cidade do Sol”, also remembered as the city where the Forro’ dance  was born , has around 800 thousand inhabitants and receives more than 2 million tourists between Brazilians and foreigners. Visitors are dazzled by more than 400 km of Costa Atlantica strolling along beautiful beaches, many of which are visited on exciting Buggy rides between Sea, Dunes and Lagoons such as the crystalline waters of Maracajaú and the largest cashew tree in the world, for its historical monuments and buildings (such as the Forte dos Reis Magos, Alberto Maranhão Theatre), for its beaches (such as Ponta Negra, Pipa and Genipabu) and also for its off-season carnival, the Carnatal. The city also boasts the second largest urban park in Brazil, the Parque das Dunas.

Distant 14 km from the center of Natal, Ponta Negra is considered one of the most beautiful beaches in the Brazilian Northeast. Its denomination comes from the dark stones that surround it. The beach of Ponta Negra is about 4 km long. At the southern end is Morro do Careca, the most famous tourist spot in Natal. In the neighborhood of Ponta negra are located several bars, restaurants, hotels, nightclubs, small shopping galleries, etc.

Located in the neighborhood of the same name, its denomination comes from dark colored cliffs. Also known as Miami Beach, at the time that the Americans installed the military base there, the beach is very frequented by residents of Mãe Luiza, a peripheral neighborhood of the city and is one of seven points of the “Special Area of Tourist Interest” of the coast and where luxurious buildings are located. In Areia Preta from where you can see the Lighthouse of Mother Luiza, located in the Parque das Dunas. 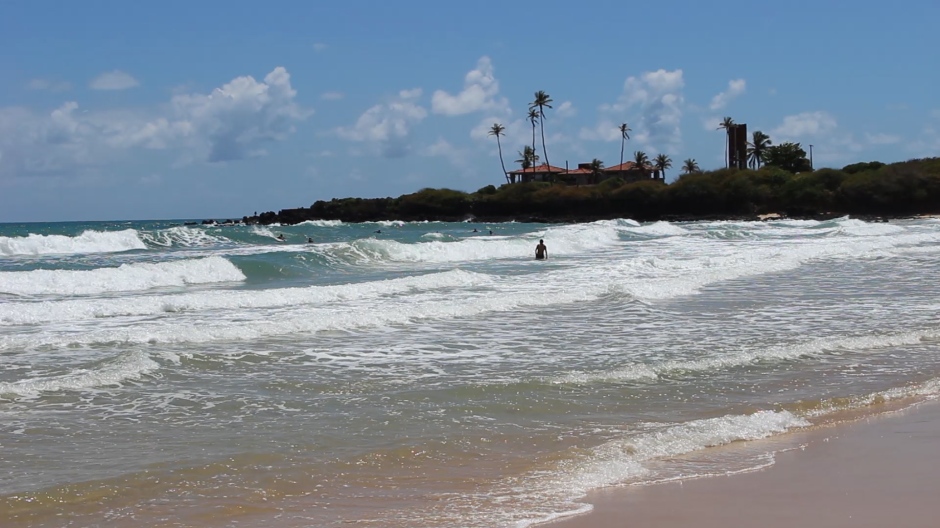 Located five minutes from the center of Natal, the Artists Beach has a rough sea, good for surfing. It is famous for housing the Crafts Center of the Artists Beach. Access to the beach can be done by Hermes da Fonseca Avenue, or Via Costeira. From Ladeira do Sol one can glimpse one of the most beautiful postcards of the city, the beaches of the Artists, the Middle, Fort and the Fortress of the Magi.

It is located between Praia do Forte and Praia dos Artistas. In its limits, it is held annually during the New Year’s Eve the traditional feast of Iemanjá. It was considered the most tourist beach in the city until 1980, while Ponta Negra was the most frequented by Natal. With the construction of the Coastal Highway, the beach of Ponta Negra was favored by tourists, while the Praia do Meio is currently more frequented by Natal. 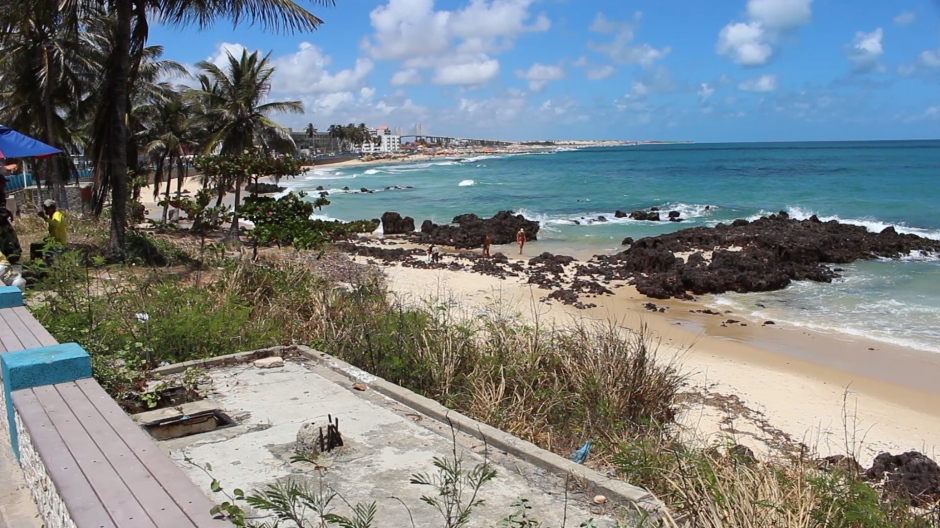 Located in the Santos Reis neighborhood, close to the sea meeting with the Potengi River and 5 km from the city center, Praia do Forte has calm waters, protected by reefs and forming natural pools. It is suitable for bathing and practicing widsurf. On the beach is the Fortaleza dos Reis Magos, built in star format, one of the tourist attractions of the city. The Newton Navarro Bridge, which crosses the Potengi River and serves as a link between the neighborhood of Santos Reis and Praia da Redinha and lava to other beaches of the beaches of the north coast, is also located in Praia do Forte.