After building the 2 Solar Impulse electric airplanes and flying 5 days and 5 nights non-stop over the Pacific in Solar Impulse 2, the longest flight ever of a single pilot airplane, Solar Impulse’s Co-Founder André Borschberg is now taking electric propulsion technology a step further. H55, which he co-founded, will develop and leverage the potential of electric propulsion in the world of aviation, making air transport cleaner, quieter, safer and more affordable.

H55 focuses on the entire propulsion chain starting from the energy source and its management, right through thrust and power, as well as pilot interface and all control systems. H55 ‘s electric demonstrator aircraft, aEro1, has successfully flown more than 50 hours with a battery endurance exceeding more than 1 hour.

The H55 Co-Founders are: Chairman of the board, André Borschberg, will continue with his passion in developing solutions with today’s existing technologies to change air transportation of tomorrow; Sebastien Demont, formerly Head of Electrical Engineering at Solar Impulse; Dominique Steffen former Red Bull paraglider world champion and experienced Head of Engineering for large-scale projects at Kissling & Zbinden; Thomas Pfammatter, a professional airplane and helicopter pilot with over 10’000 flight hours, former CEO and CFO of Swiss companies and founder of different start-ups; and, Gregory Blatt, also from Solar Impulse where he was Managing Director for Marketing and External Relations. 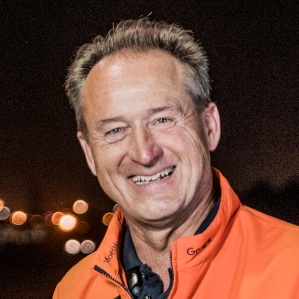 Commenting on the prospects of electric propulsion, Andre Borschberg believes “electric air transport will undoubtedly disrupt the aviation industry. 15 years ago, when I started with Solar Impulse, electric propulsion was anecdotal. Today is a major development path of every large aeronautical organisation as well as attracting many start-ups and new players. What is science fiction today will be the reality of tomorrow”.

Electric propulsion is very promising. It’s highly efficient and lighter, which are key advantages in the world of transportation. Due to the flexibility and reliability of software, innovative designs such as VTOL are in fact possible.  Electric airplanes are therefore cost efficient and considerably less expensive to operate than traditional combustion aircraft. And all with much less noise and an environmental foot print.  All combined, electric airplanes offer new possibilities for urban transportation and will play a key role in changing the way people travel.

While H55 represents Solar Impulse’s technological heritage, Bertrand Piccard, Initiator, Chairman and Pilot of Solar Impulse, continues to bring the legacy and the message of the historic Solar Impulse project to new dimensions. He recently initiated the World Alliance for Efficient Solutions, a platform to federate the main actors in the field of clean technologies with the objective of showcasing profitable and tangible solutions to environmental challenges. Solar Impulse Co-founders will maintain their partnership and an involvement in their respective endeavours.