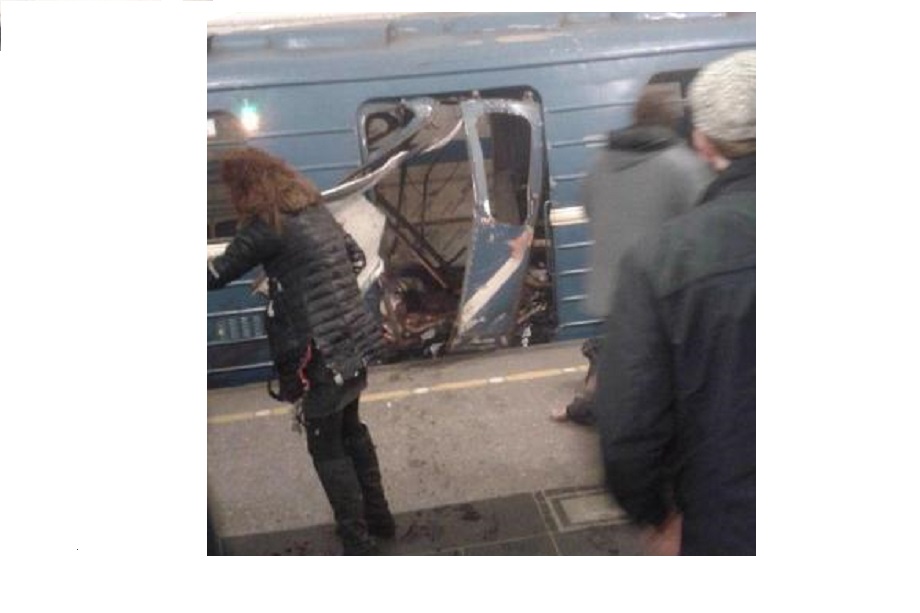 “Our thoughts go out to the people of Russia, and in particular to those who have lost loved ones in today’s explosion in the Saint Petersburg metro. We wish a swift recovery to those who have been injured,” – says the statement of the European External Action Service.

“The European Union condemns in the strongest possible terms all acts of violence.”

“The High Representative/Vice-President, Federica Mogherini has sent condolences on behalf of the European Union to Russian Foreign Minister, Sergei Lavrov.”

Eleven people were killed in a blast on the St. Petersburg metro on Monday, 3.04.2017, the Russian health ministry said, in what authorities defined as a ‘terrorist attack’. Reportedly 38 injured are in intenstive care with severe burns, there are also childern among the wounded.

The CCTV images of an allerged terrorist started to circulate in Russian mass-media shortly after the news broke out.  (Tweet: ‘Teract in Petersburg metro’)