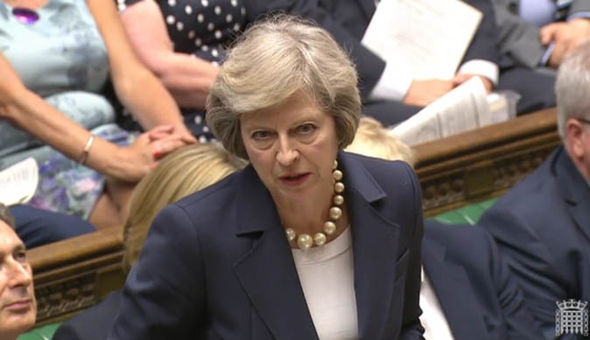 “The Prime Minister has made clear her intention that the bill should be passed unamended,” –  Theresa May spokesman told reporters. “MPs  have already voted it through unamended at the first stage so we expect that to be the case again.”

The British Prime Minister Theresa May has been indicating that the legislation needed to mandate her to trigger a formal exit procedure talks with the European Union should be passed by Parliament unamended, her spokesman said today.

Parliament’s upper house – the House of Lords – inflicted a defeat on the government on Wednesday, voting for a change to her Brexit plan that says she can only trigger Article 50 of the EU’s Lisbon Treaty if she promises to protect the rights of EU citizens living in Britain.

May confirmed she wants to guarantee EU citizens’ rights and hopes this can be resolved as a priority once the negotiations begin, but she does not want to do so until other member states agreed to a reciprocal deal for Britons abroad.

The government hopes to overturn the changes when the legislation returns to the lower house of parliament, which last month passed the bill with no amendments.

The PM spokesman said the Prime Minister was committed to her plan to launch Brexit procedure talks by the end of March,  and added the Lords vote would not have any impact on that.

“There is little doubt that once we are out of the anti-democratic EU, it would be obscene to maintain a national system whereby unelected cronies are able to hold up processes and seek to undermine the will of the people as we’ve been seeing”, – said MEP Nigel Farage, commenting the situation.

“The first job was to take back control of our country. Next up on the agenda, building a properly democratic system in our own country that holds decision-makers accountable,”- Farage concluded.