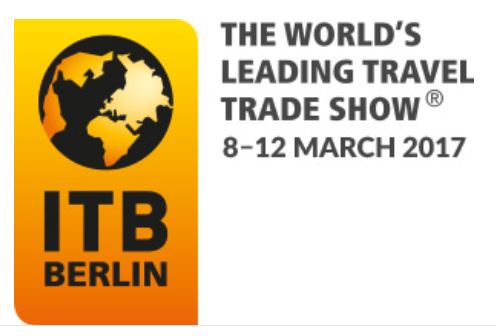 Humans have had a fascination with the stars and space travel since the beginning of time. At ITB Berlin 2017 a key topic will be astro-tourism, which is attracting growing interest. From 8 to 10 March in Hall 4.1b, where the focus will be on Adventure Travel & Responsible Tourism, and at the 12th Pow-Wow for Tourism Professionals discussion will centre on how important the stars are for life on Earth. Under the heading of ’Gazing into the night skies’ sparkling diamonds – A journey through the vast universe’, experts will have information on the challenges facing the international travel industry in its aim to make astro-tourism viable in a responsible and sustainable way.

As in every year international exhibitors representing cultural tourism, natural attractions, adventure tourism, socially responsible and sustainable tourism as well as geotourism and geoparks will be gathered in Hall 4.1b. Panel discussions, workshops and networking events will examine and debate controversial topics including, under the heading of ’Wildlife Tourism’, a further topic entitled ’On a biodiversity and wildlife safari around the world’. This global growth market is becoming increasingly important, for example in Botswana. The partner country of ITB Berlin 2017 is a destination where the naturally dark night-time skies are free of artificial lighting and pollution. In this African country, well-known for its diverse flora and fauna, astro-tourists have a clear view into space and can observe wildlife by night.

Wildlife observation tours are of economic benefit to the host countries but also have a negative impact on endangered species in the wild. This is a problem that qualified experts and experienced tourism professionals will be discussing. Discussions will take place on topics and trends concerning wildlife tourism, sustainable and socially responsible tourism. Answers will be sought to urgent problems, such as the effects of light pollution on eco-systems and night-time visits to animals in the wild

The photo exhibition entitled ’Millions on the move – Birds connect the Arctic, Wadden Sea and Africa’ promises to be an outstanding visual experience. Again, the focus is on looking at the skies above. Sponsored by the Wadden Sea UNESCO World Heritage Site, the exhibition will show birdwatching on this UNESCO site, which stretches over 500 kilometres along the northern coast of Germany, the Netherlands, Denmark. It will also highlight a bird migration route, the East Atlantic Flyway, and the efforts undertaken to protect it.

ITB Berlin 2017 will take place from Wednesday to Sunday, 8 to 12 March. From Wednesday to Friday ITB Berlin is open to trade visitors only. Parallel with the show the ITB Berlin Convention, the largest event of its kind, will be held from Wednesday, 8 to Saturday, 11 March 2017. More details are available at www.itb-convention.com. ITB Berlin is the global travel industry’s leading trade show. In 2016 over 10,000 companies and organisations from 187 countries exhibited their products and services to 180,000 visitors, who included 120,000 trade visitors.