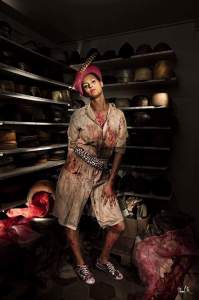 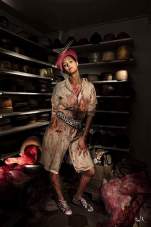 We have already mentionned the opening of the SOGO Galelry, which hosted an expo of artists such as Carla Cirrone and Attik. Naima is now inviting you again on Friday June 5th at 6pm for an exceptional opening.

Naima is a fully sensitivity painter, who came from Agadir fifteen years ago. After attending a design school, she went for her passion : painting. She uses acrylic colorful patterns. She is willing to share her space at Lombard Street with other artists.

Her concept is both to present her work and to promote other artists, knowing that Brussels is a tough place for them.

She is from Sweden and is now based in Brussels. She experiments colors of the nature, and is always seaking something new. Her art is comprehensible since it allows the viewer to include the piece of art in the everyday life. It has to be deeply anchored in the nature. She uses both natural painting and digital technology, which gives a fresh outlook to her works.

She has exhibited them in many countries around the world, such as France, Belgium, UK, Canada, USA and South Africa.

Theoclis Davis, the third artist presented, is a belgian painter and drawer, from guadeloupean descent. These origins have a big influence on his work. He questions the differences between people, the society, black men, including a critique on the many personalities in general and on his own experiment.

His main concerns are weakness, excesses and violence, treated with a big sense of humour. He was selected at the “Canvas Collection”, which allowed him to be exhibited in the Musée des Beaux-Arts of Brussels.

I am a deeply inspired, highly motivated, thoroughly enthusiastic person, willing to adapt then surpass myself according to the situations I find myself in. I do believe in a greater cause than myself, the greater good, which prevents me from being selfish, stubborn, or narrow-minded. I have put myself long ago in a sharing, always evolving and future-oriented mindset that allows me to inspire my peers, friends and collegues, in order to lead them to give all they have and always strive to become a better version of themselves. I am easy-going, massively sociable, and strongly enjoy speaking in public. I can offer reliability and devotion to my work and cause.