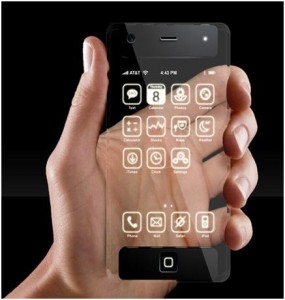 While the fourth generation of mobile technology –LTE– is still deployed, the Mobile World Congress discusses already its future successor: 5G. However, the new technology will only be successful if genuinely global. ChinaEU, the business-led association promoting Information and Communications Technology cooperation between Europe and China, therefore calls upon the two sides to start as soon as possible a strategic collaboration on 5G. The forthcoming China-EU Summit, to be held this June in Brussels, will provide a unique opportunity for the two regions to officially launch cooperation in this revolutionary area, giving it an important political boost.

Both China and Europe recognize the importance of timely developing the next generation of mobile communication networks. Great resources are been invested in the development of this new technology and in exploring its many applications in fields as diverse as smart cities, smart energy, urban traffic, manufacturing, health care, etc. Differently from the upgrade from 3G to 4G, the shift toward the use of 5G –approximately one thousand times faster than 4G– will be a revolution, allowing for much faster speeds today unthinkable and accelerating the deployment of the Next Generation fiber optics networks as well.

Xiao Ming, Vice President of ZTE Global and President of ZTE Europe, said: “The new communications infrastructure will be the backbone of the future digital economy, creating more and better jobs and contributing to a sustainable economic growth for the mutual benefit of Chinese and European societies. We should enhance cooperation between China and Europe in the field of future generation of communication networks fostering global consensus on the definition of 5G, developing common interest in research activities, harmonizing radio spectrum policy to ensure global interoperability and preparing global standardization for 5G.”

“A cooperation between Europe and China on 5G will open the door to both the Chinese and the European industry to the biggest and richest markets in the world respectively and create the conditions to invest more in European and Chinese digital economies”, said Luigi Gambardella, President of ChinaEU. “We see great interest from both sides to enhance cooperation in Internet, telecom and high tech segments. ChinaEU has the target to support the process of 5G standardization and radio spectrum harmonization by putting together the political institutions and the main manufacturers of both regions to achieve this common objective.”

China and the EU could leverage their unique technological and market strengths collaboratively to establish a major strategic presence in the future 5G mobile markets globally. China is the leading manufacturer of mobile equipment and network infrastructure today and the collaboration with European institutions and manufacturers can bring a faster development of this new technology and allow the implementation of new common projects to deploy it in both regions. According to GSMA, the global trade group of mobile network operators,in 2013 Europe was home to 428M unique mobile subscribers, accounting for a penetration rate of 78%. SIM connections totaled 689M (126% penetration). China, on the other side, boasted 630M unique mobile subscribers (46% of the total population), actively using more than 1bn SIM connections (90% penetration based on connections). Together, mobile subscribers in Europe and China exceed 1bn people, whereas the combined industry reports almost 1.7bn SIM connections. These numbers reveal the gigantic scale of an integrated EU-China mobile Internet market and the consequently huge potential that can derive from cooperation between the two economies.

ChinaEU believes that Europe and China should make progress in the following areas:

According to ChinaEU, there is general consensus that this extraordinary cooperation could represent the first step for a sustained initiative pointing to a win-win outcome in EU-China bilateral relations. A guiding aim is to focus on the common interests of Chinese and European businesses, rather than on past differences. The upcoming China-EU Summit, which this year coincides with the 40th anniversary of official diplomatic relations, can be a showcase for unprecedented industrial cooperation across new digital sectors.

ChinaEU is a business-led international association aimed at intensifying joint research and business cooperation between China and Europe and fostering mutual investments in Internet, Telecom and Hi-tech sectors. ChinaEU provides a platform for constructive dialogue among industry leaders and top-level representatives of European Institutions and the Chinese Government.