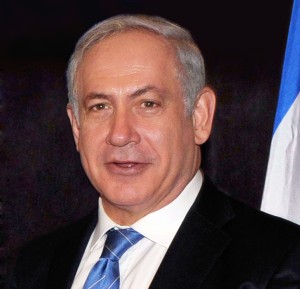 Israeli Prime Minister Benjamin Netanyahu stressed that the world, not only Israel, is facing the threat of terrorism and Islamist extremism and must battle them together.

“The truth and righteousness are with us. Our common enemy is extreme Islam, not Islam, not regular extremists, but extreme Islam,” he told a commemorative ceremony for the 17 victims of the terror attacks in Paris, at the Great Synagogue of the French capital.

Netanyahu said extreme Islam doesn’t hate the West because of Israel, but hates Israel because it is an organic part of the West.

“Today I walked the streets of Paris with the leaders of the world, to say enough terrorism; the time has come to fight terrorism,” Netanyahu said to the crowd of hundreds of French Jews.

Netanyahu also told French Jews : “I want to say to you what I say to all our Jewish brothers, that you have a full right to live secure and peaceful lives with equal rights wherever you desire, including here in France.”

But he also added, “these days we are blessed with another privilege, a privilege that didn’t exist for generations of Jews – the privilege to join their brothers and sisters in their historic homeland of Israel.”