Every 10th day of June, the Portuguese celebrate their national holiday known as ‘Dia de Portugal’ in the native tongue. The rest of the world recognizes this momentous occasion as Portugal Day to remember the roots, get together and party. 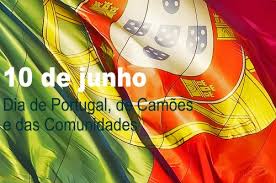 The awards and recognitions provided to various achievers form the crux of Portugal Day celebrations. The President also inspects the troops and praises their contribution to national issues. There are parades by the military. Orchestras and fireworks are traditional parts of the festivities. Open air parties also happen where people come out on the streets and welcome each other. In case nothing special is happening people spend the day eating, singing, drinking and taking part in fun sports or reading ‘The Lusiads’.

National Day of Portugal is celebrated on June 10 of each year and it corresponds to the anniversary of the death of poet Luís de Camões in 1580 because, on the occasion of the proclamation of the Republic in 1910, this date was chosen to commemorate the  event. The great poet Luís de Camões wrote the epic poem ‘Os Lusiadas’ in tribute to first inhabitants of the country. This poem speaks Portuguese and their conquests around the world and focuses mainly on the 15th-century Portuguese explorations, which brought fame and fortune to the country. Considered one of the finest and most important works in Portuguese literature, it became a symbol for the great feats of the Portuguese Empire also during the authoritarian Estado Novo regime in the 20th century. A monument built in memory of Luís de Camões stands proudly in one of the busy streets of beautiful Lisbon, the country’s capital city.

National Day of Portugal is the second major party in the country after the ‘Day of Freedom’.