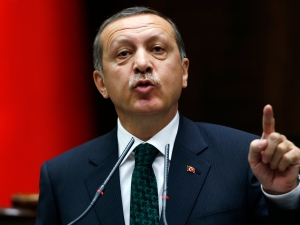 The suppression of the opposition daily newspapers Bugun and Millet and of two national TV Channels just two weeks before the parliamentary elections, is no matter of [...]

The European Commissioner for Enlargement and Neighbourhood Policy Štefan Füle and the Turkish Minister for EU Affairs and Chief Negotiator Mevlüt Çavuşoğlu met in [...]

The belgian minister of Foreign Affairs Didier Reynders led a short mission to Lebanon and Turkey. The main focus of this mission was indeed the syrian crisis. Belgian funds [...]

At the occasion of the 90th anniversary of the proclamation of the Republic of Turkey, the association TOSED BUSINESS TURK which gathers entrepreneurs with turkish roots in [...]

Turkey was holding the EUREKA Program chairmanship since July of last year. Recently, the chaimanship was handed over to Norway.   “EUREKA is a critical platform which [...]

Ankara’s economic and political influence in the Middle East has been at its peak until the Arab Spring disrupted the political order in the region. Gradually, Turkey is [...]

The European Commission and CERN have today agreed to support the construction of SESAME, one of the most ambitious research facilities in the Middle East.   SESAME [...]