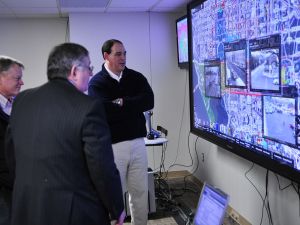 “The new actions announced today will help Member States to deprive terrorists of the means to carry out their evil acts and will also better protect our public [...]

The European Commission is today reporting on actions taken since President Juncker’s 2016 State of the Union address to enhance security at the EU external border, [...]

“In the past year, great strides have been taken to build a genuine Security Union. But the attacks of the past month alone show that we still need to do a lot to [...]

The Entry/Exit System (EES), a priority file identified in the Joint Declaration on legislative priorities for 2017, received the political backing of the European [...]