After a one-day summit in the U.S. Arctic’s biggest city, leaders from the world’s northern countries acknowledged that climate change is seriously disrupting the Arctic [...] 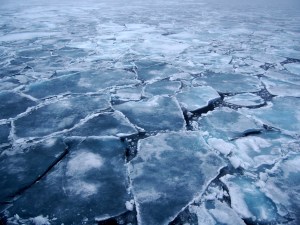 A one-day summit taking place in Alaska today, Aug. 31 hopes to bring Arctic nations together in support of climate action against a backdrop of criticism of offshore oil [...]

Solvay proudly celebrates 150 years of history. This company, which has successfully preserved its familial character, was one of the first multinationals in the world. [...]

ACR+ is the associations of cities and regions for recycling and sustainable resource management. ACR+examined with attention the EC waste policy. ACR+ agrees with the need [...]

from our special correspondant in Nantes, our publisher Miguel D. DESNERCK The Eco-City world summit opens today in Nantes (France). Nantes is this year the European Green [...]

On 24 June 2013, the European Commission held a full-day conference on “The EU Dairy Sector: Developing Beyond 2015”, in the context of the abolition of the milk quotas [...]

Russia must respect the right of the EU’s eastern neighbours to choose whether to enter into association agreements with the EU, say MEPs in a resolution passed on [...]

The European Commission, together with a consortium of ten European companies led by Shell, launches today the PETROBOT project, which will develop robots which can replace [...]

The European Investment Bank (EIB) is lending EUR 87 million to Klaipedos Nafta for the construction and operation of a new liquefied natural gas (LNG) import facility [...]

from our special correspondant in Nantes   Every 2 years, the European Commission gives an award to he greenest capital city of Europe. Yesterday in Nantes (France), EU [...]

Summary Report of the Symposium : Inventory, Challenges and Opportunities Recently, a symposium took place at Leiden University on  May 16th, 2013 on legal and policy [...]

Kristalina Georgeiva, EU commissionner for humanitarian aid made a statement after the floodings “At this difficult time for many people struggling to cope I want to [...]