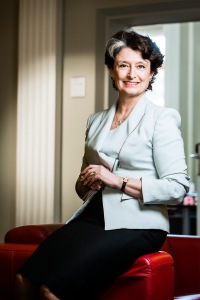 Claude-France Arnould, a French diplomat, has been appointed the next ambassador of France to Belgium.

Claude-France Arnould built her educational foundation at the École Normale Supérieure (1972-1977) and the National School of Administration (1979-1981). She began her career in the Foreign Ministry mission in charge of quality of North America and later on focused more in the direction of economic and financial affairs.

In 1989, Claude-Fance Arnould was appointed Deputy Director for European Affairs at the Ministry of Foreign Affairs. From there she became the Director of International and Strategic Affairs at the General Secretariat of National Defence. Consequently, she was the head of management for “Crisis Management and Planning” at the General Secretariat of the Council of the European Union.

All the best for the new Ambassador of France to Belgium, Claude-France Arnould!