The European Technology & Travel Services Association (ETTSA), the association representing Global Distribution Services (GDS) and online travel agents, has filed a formal complaint with the European Commission against Lufthansa, Austrian Airlines, Swiss and Brussels Airlines, claiming a breach by these carriers of key provisions of the EU’s Code of Conduct on computerised reservation systems (CRS).

The complaint was filed to the Commission’s Directorate General of Mobility and Transport, which holds enforcement powers on the Code of Conduct.

Since September 1st, Lufthansa and the main airlines under its control have been discriminating against those customers who use independent travel agents to book their tickets by adding €16 Euros to the ticket price.

“The only way for travel agents to avoid the discriminatory surcharge is to switch from traditional Global Distribution Systems (GDSs) to an alternative platform controlled by Lufthansa, where only such content is shown that Lufthansa chooses to show,” said ETTSA’s Secretary General, Christoph Klenner. 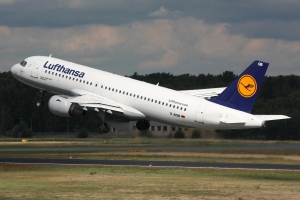 “In addition to taking travel agencies hostage and forcing them to spend unnecessary resources on the switch to Lufthansa’s platform, Lufthansa’s move will severely hurt comparison shopping and competition,” pointed out Mr Klenner, adding: “Ultimately, this will lead to a more restricted choice and increased prices for consumers who will become increasingly captive”.

“That Lufthansa wants to compete with GDSs and travel agencies is not a problem for ETTSA. On the contrary, ETTSA welcomes new competitors in travel distribution. However, there are rules to follow if you want to be in this business and those rules do not allow the sort of discrimination that Lufthansa is using to push its competitors out of the market. If Lufthansa wants to run a GDS, it needs to follow the rules for GDSs,” said Mr Klenner

“The EU Code of Conduct was designed precisely to prevent abuse by airlines who control GDSs. Therefore, the European Commission has a duty to step up and intervene in the interest of continued transparency and consumer choice,” Mr Klenner concluded.