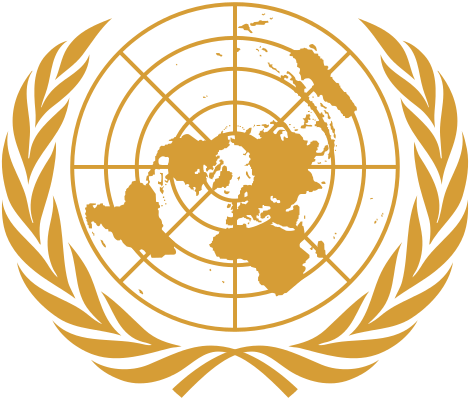 The 28-member European Union (EU), which was sharply divided over the Greek bailout financial crisis last year, is facing its biggest test of unity over the growing refugee crisis unfolding in European borders.
At an emergency meeting in Brussels Monday, the EU hesitantly agreed to share some 40,000 refugees – mostly fleeing from war zones in Syria, Afghanistan, Iraq and Libya – but only on a voluntary basis, even as Germany, Austria, Slovakia and the Netherlands imposed new border control measures to ward off the tidal wave of hundreds and thousands of displaced people flowing into Europe.

The restrictive measures include razor wire fences across land borders and pronouncements by some Eastern and Central European countries that only Christians will be welcomed, triggering strong condemnations by the United Nations.

Conscious of the spreading crisis, U.N. Secretary-General Ban Ki-moon will be hosting a meeting of world leaders on the margins of the General Assembly session – to specifically discuss international migration.

The meeting is scheduled to take place Sep. 30 immediately following a meeting to approve the U.N’s new socio economic agenda for the next 15 years: Sustainable Development Goals (SDGs) targeted to be achieved by 2030.

And of the 17 SDGs, Goal 16 is on international migration.

Ben Phillips, Campaigns and Policy Director at ActionAid told that governments need to remember that what they have called the migrant crisis is first and foremost a crisis suffered by vulnerable people who flee their homes as a last resort.

“The response of too many governments has been to protect borders and neglect people. But it cannot be solved with higher walls. Most governments’ responses to date have tended to be brutal, panicked, and ineffective even in their own terms. They need urgently to shift to a smarter, kinder, approach.”

The Secretary-General has already appealed to European leaders “to be the voice of those in need of protection” and to quickly find a joint approach to the refugee and migration crisis that shares responsibilities equitably, as Germany and Austria continue to welcome thousands of people fleeing their war-torn homelands.

He has also spoken by telephone with several European leaders to discuss the migration crisis.

Recognizing the challenges that large-scale refugee and migration flows pose to Member States, the U.N. chief appealed to the leaders to be the voice of those in need of protection and to quickly find a joint approach to share responsibilities equitably.‎”

The Secretary-General also commended the leaders for having voiced concern about increasing xenophobia, discrimination, and violence against migrants and refugees in Europe.
“He hoped that any manifestation of these phenomena would be addressed firmly and without delay,” he said.

Ban is expected to meet with EU leaders when they arrive in New York to address the General Assembly beginning Sep. 28.

Phillips told that ActionAid has called upon governments to address three key challenges: “Governments need, firstly, to respond in the spirit of the solidarity and welcome that has shown by ordinary people; secondly, to tackle the specific vulnerabilities faced by women and girls travelling across borders; and, thirdly, to address the root causes driving the mass movement of people, through sustainable solutions to conflict, inequality and climate change.”

He also said ActionAid, which is working on the ground across the world to support people who have fled, has seen first hand the damaging consequences of governments’ dehumanising response and failure to address the root causes driving the mass movement of people.

Asked whether the new law in Hungary that would allow the government to arrest migrants and imprison them is a violation of international humanitarian law, U.N. Spokesperson Stephane Dujarric told reporters “I think one of the points that’s clearly needed — and that’s exactly what the High Commissioner for Refugees said — is that we need to have comprehensive measures that apply throughout Europe.”

“A situation where different countries at different borders have different procedures creates chaos, both physical, as well as legal chaos.”

He said it is clear that those who are on the move, whether they be refugees or migrants, have rights. Countries also have responsibilities towards their own citizens in order to ensure national security.

“But, it is clear that international law, especially as it relates to refugees, needs to be respected. And more importantly, people, migrants, refugees, need to be treated with human dignity and I think that has been lacking in some places,” he added.

Dujarric also said migration with a “small m” has existed ever since we as humans were able to walk.”

“I mean, populations move, have always been on the move. The issue is that Member States need to deal with the migration flows in a way where we avoid forcing, whether it’s refugees or economic migrants, into the hands of criminal gangs, which is what we’re seeing across the Mediterranean and in Asia in the Andaman Sea, where there are no proper… enough proper avenues to deal with the migration issue — even with economic migration issue”.

And that’s one of the reasons, he said, the Secretary General will be bringing Member States together as part of goal 16 which talks about international migration, “but for that, we need a dialogue between the countries of origin, the transit countries and the destination countries.”

“And sometimes they’re the same. You know, different people migrate to different countries,” he added.