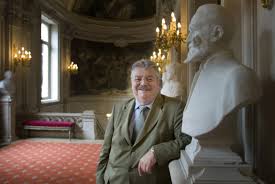 Freddy Thielemans, the ex-mayor of the city of Bruxelles,  received yesterday the insignia of Officer of the Legion of Honor. Harlem Désir, french Secretary of State for European Affairs gave him him during the ceremony.

The French Embassy said yesterday that this distinction is in order to «  honor the engagement of a belgianpersonnality for the relationship between France and Belgium, for the freedom and for the european construction.”

Freddy Thielemans emphasized the importance of the word “socialism” in his political engagement, something  he shares with french president François Hollande